I was actually travelling through England and stopping at many castles when my story “Knight of Her Heart” took shape. It was my first foray into medieval romance (which I write as Alyssa James) and I was definitely inspired by being in all the castles and imagining what transpired there in medieval times.

I also travelled to France and made stops in Besançon and Rouen because those cities featured in my medieval romance “Knight of Her Dreams”. It was fabulous to be able to visit the old Roman fort in Besançon and get a feel for the countryside.

Gosh, I have so many author friends I wouldn’t even like to begin naming them! Joining Romance Writers of Australia and the Sutherland RWA group “Breathless in the Bush” definitely set me on the “freeway” to publication. Had I not joined RWA and learned from all the conference workshops, and the Sutherland group (who’ve been past critique partners as well) I would still be meandering along a “country road” totally lost and meeting one dead end after another! 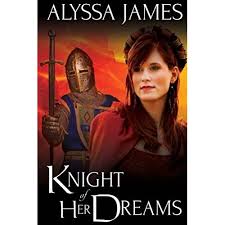 Probably in high school on the school debating team, but I’m a speech pathologist working every day with people with communication problems, so I totally understand the power of language—verbal, written and through signing or augmentative communication systems.

I tend to read popular books and with a TBR pile that disappears into the clouds, I don’t delve into obscure titles.

I’ve been told my spirit animal is a lion. As strange as it sounds, I’ve always felt I have an actual Incan spirit guide though! 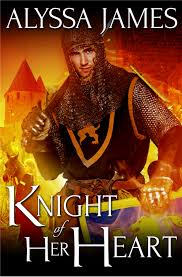 Not on a conscious level.

If the characters are foreign, I look up popular boys/girls names for that nationality and choose one that resonates with me.

Absolutely. I think that while I’ll never please everyone all the time, I can definitely learn from feedback. I think I’m pretty good at keeping objective about it. What I can’t abide by is a reviewer saying how much they enjoyed the twists and turns in a story and then proceeding to ruin those unforeseen twists by telling everyone they’re there! I find it so disappointing when that happens because I’ve tried really hard to craft a story where there will be a surprise or two and then all that build up is spoiled by a reviewer and sometimes they don’t even warn about spoilers.

I give up social time in pursuit of our craft—spending time polishing or editing or rewriting rather than organizing a catch up with friends over coffee. I tend to have a week or two between books where I catch up with all my poor neglected friends before I go back into the writing cave and take a rain check on lunches until the next project is finished. My birthday was in March and last week (June) I finally managed to get out for lunch with a friend to celebrate!

The contemporary romances take about three to four months and the medieval romances about six to eight months. The historical take longer because I tend to get distracted by research. Those are rough estimates and it really depends on family demands. I wrote one 80 000 word contemporary romance in six weeks and I’m really pleased with the result.

That would be telling! You’ll have to read them and see!

I hope if they like my stories, they’ll keep reading them and tell others.

Ooh. I’m fairly pragmatic so I knew to expect rejection letters along the way. I wouldn’t say I’ve had a painful moment. One of the best moments has been meeting a reader who told me mine was the first story she read when she was recovering from a stroke. 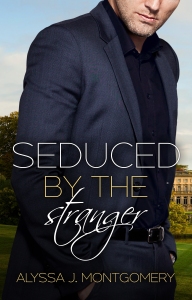 The following is an extract from Seduced by the Stranger—the second story in the Billionaires and Babies series, (published by Escape Publishing, Harlequin Enterprises, Australia). It’s available for pre-order now and will be released on the 4th of October.

Despite the uncharacteristically warm British weather, her hands were clammy as she halted abruptly in front of the medieval church in Gloucestershire. The unique beauty of the yew tree-framed doorway was lost on her as the enormity of her situation pressed in and made each breath so difficult, she felt she’d suffocate.

‘We’ve been through this,’ her step-brother reasoned. ‘You can’t back out now.’

Casting a quick glance his way she thought she glimpsed tight displeasure in his features. No. Her nerves must be making her imagine things because James sent her a warm smile.

Guilt twisted its way through her gut as she stared at the church doors.

‘I’m sorry.’ Her hoarse apology pushed past taut vocal cords. ‘I don’t want to be difficult. I know you and Sally have taken such good care of me and I wouldn’t have coped without you.’ She touched one hand to her face and tried to marshal her thoughts and express them rationally. ‘I realise you’ve put your lives on hold for me for months.’

Desperate to try to make him understand, she reached out to place one hand on his arm. ‘I don’t want to be unappreciative, but these arrangements have happened way too fast.’ He knew she’d been in emotional turmoil but he and his wife had forged on regardless to finalise plans that’d been started months ago.

‘You only think this has happened quickly, Jenna. This day’s been planned for years.’

Yet another of her protests was met by a counter-argument, making all her fears seem baseless. Everything James said was logical yet her head continued to war with her heart.

Gnawing at her lower lip, Jenna realised she’d been so completely lacking in strength and direction, she’d allowed herself to be manoeuvred into this position. Uncertain of everything and unable to explain her deep-seated reservations, her remonstrations had been feeble. Every objection she’d raised had been swept aside by her step-brother and his wife.

Sally had intimated they knew best, and who had Jenna been to argue when she hadn’t even known her own name?

The church bells continued to ring.

James sent her an encouraging look. ‘Everyone’s waiting, Jenna. You don’t want to let them down.’

No, she didn’t. Inherently she knew that disappointing others wasn’t in her nature. Deep within her there was a conviction she didn’t want to let anybody down.

There were one hundred or so people packed into the church ready to witness her marriage. Were they so important to please?

Was it vital to acquiesce to her step-brother’s wishes? And, more importantly, was it fair of him to expect her to?

You can buy Alyssa’s books HERE

Thank you SO much for visiting with us Alyssa.