It started on a sunny afternoon at the Maleny Dairies in the spectacular Sunshine Coast Hinterlands, Queensland. A best selling Author attends a charity cow race and who should be the guest of honor?

With a broad smile and a sassy spring to her step, Best Selling Author Sarah Williams approached the dashing actor with a proposition…

Would he be the starring voice of her first Audiobook – The Brothers of Brigadier Station!

Here’s a transcript of a recent interview between Sarah and Myles for your reading pleasure!

Sarah Williams: Tell us about yourself and your acting career so far.

Myles Pollard: My acting career stretches back about 20 years. I went through NIDA, so the National Institute of Dramatic Art. I graduated in 1998, and following that, I went on and got involved in a whole bunch of different TV shows, like Water Rats, like Wildside and All Saints and East West 101, and then finally two years out, I got offered the role of McLeod’s Daughters. The infamous McLeod’s Daughters. That was five years’ full-time work in South Australia. That was my first real big opportunity. I had no idea that the show would go on and become the most popular TV show in Australian history, the most successful TV show in Australian history in terms of how many countries it sold worldwide. I think when it was released in the first 12 months, it went out to 110 countries in the world.
I had no idea that 10 years later, I’d be still getting fan mail from all over the world, from America, from South America, from Europe, and this show just still has a massive fan base, and people have this insatiable … yeah, demand for all content McLeod’s. From McLeod’s, I went on and started doing a few films. I produced and acted in a film called Drift with Sam Worthington a few years ago, films like Jasper Jones a couple of years ago, Looking For Grace, a science fiction thriller called The Gateway, and I suppose in more recent times, I’m starting to try my hand at directing, writing … Got a couple of projects that I’m developing myself. Factual documentary TV series, which I’m hoping to sell, and a couple of feature films as well.

Sarah Williams: Tell us about landing the role on McLeod’s Daughters. Were you a country boy growing up, or had you ridden horses before that experience? 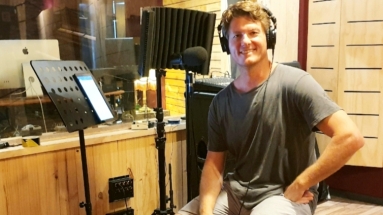 Myles Pollard: The whole McLeod’s experience in terms of living in the country, horses, motorbikes, that whole sensibility, wasn’t new to me. I grew up in small country towns in the north west of Western Australia, so I understood the culture of living in small towns. I lived in a one-street town for a few years in the wheat belt. I lived in Onslow in the late Seventies, and Karratha and Port Hedland before they were I would say industrialized by the mining boom.
Getting the role on McLeod’s was just one of those formative moments in your life. I was working in a veterinary wholesale factory warehouse, packing steroids for animals, pretty much working … I’d just graduated from NIDA a year or so earlier, and then I got the call from my agent, and then off we went. And it was three weeks in Bowral doing horse camp, which was being paid good money to learn dressage, which was completely incredible. And then meeting all the cast on the train out to the Blue Mountains, out to Bowral. And then suddenly found myself in South Australia, and every day working sometimes 15, 17 hour days out in the country in Country Gawler and Strathalbyn and Mount Pleasant and all the hinterland around South Australia, which is beautiful wine country. It’s Barossa, it’s McLaren Vale.
For five years, getting paid to ride horses, ride motorbikes, kiss beautiful women, and just really get immersed in this whole paradigm, which was country living, which was a real honor actually, and a real privilege.

Sarah Williams: Yeah, absolutely. What do you miss most about the show, now that it’s finished?

Myles Pollard: I think at the time, as a young actor, you don’t realize just how much of an impression the show would have on so many people for so long. We knew it was a good show. I had nothing to compare it to, so there was no precedent for me. For me, it just felt like it was how the industry was. You come out of NIDA and you get involved in a really successful show that does really well internationally for a decade. Okay, this is pretty easy. That’s not the case. I think I miss being around the people. I miss … The relationships and the friendships are really strong.
Even to this day actually, I’m still talking quite regularly with Bridie. Bridie Carter and myself are actually putting a potential business together with some of the other cast. And Aaron Jeffery is a really good mate of mine, so I talk to him regularly. So we often cross paths; we’ve done a couple of functions in Country Australia, where we’ve come together and talked about our careers. I love that. I love sharing stories with the cast, with fans.
I miss just living in the bush. I lived in Gawler for about two years, and every spare moment was spent riding horses, going to rodeos, having the luxury of being … having the Barossa Valley next door, all those sorts of things.
And also the obvious point is that working every day for five years, that luxury doesn’t exist any more. They don’t make TV like McLeod’s any more. We were making between 25 and 35 episodes a year. The only other show that really does that is Home and Away, that generate so much content. TV shows aren’t made to that model any more in Australia. They do five episodes, so it was such a luxury as an actor to work consistently like that. If I had known that back then, I probably would have appreciated it a lot more, because it’s certainly not the norm. 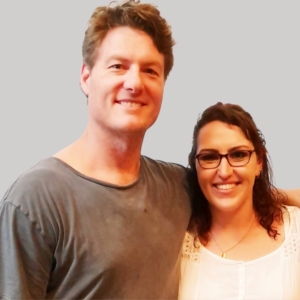 Sarah Williams: Yeah, for sure. McLeod’s Daughters is available to stream on Stan and Amazon Prime now, which is pretty cool. Are you surprised by how popular it still is?

Myles Pollard: Not really. McLeod’s was released in 2001, just after September 11. I remember it clearly. It came to air at that time. And I reckon there was definitely a huge paradigm shift in viewing habits. People moved away from the violent, the more I suppose controversial formats, and they moved towards community, family and that whole sensibility: the unashamedly romantic and sentimental. People were looking for something I suppose a little more enriching. It’s a big, bad, ugly world out there that can be quite scary.
I think that’s why it’s had a resurgence too. I think people are becoming more tribal, moving back to community. They want to be enriched. They want to see the simpler sort of things in life. They want to celebrate the simple things in life, and McLeod’s certainly catches that and celebrates that. I’m not surprised; I think we need more of that type of content, especially now.

Sarah Williams: This is your first audio book narration. What do you think?

Myles Pollard: I’m so excited by it. It’s something I’ve been thinking about for a long time. I really enjoy reading, and I really enjoy reading aloud with my son, ever since he was a kid, it’s something that I’ve had a passion for as a parent. And using all the skills that you’ve got over 20 years playing different characters, but trying to play the characters in a really simple and honest way, allowing the story to speak first … I love the content, I love the themes.
I wouldn’t say that I’m a huge romantic fiction reader. I don’t read romantic fiction voraciously. Not publicly. But I can see its appeal. And it’s fun; it’s fun to perform, I think. The writing is really concise. It’s well-crafted. It’s so entertaining, and I suppose I can connect well with it too. The characters and the world just aren’t foreign to me.
I hope to do more of it. I really enjoy it. If the opportunity arises, I’ll grab it with two hands.

Sarah Williams: So you’d be interested in doing more audiobook?
Myles Pollard: Absolutely. People close to me have always said, “You should do animation. You should really get involved in doing more audio books and voiceovers and things like that.” It’s a different realm; it’s something that I haven’t really explored, but I’m so open to it. I really enjoy it, and the variety too. I can imagine doing something like a Brothers of Brigadier, which is a very clear genre. But there are other genres out there too: thrillers, horrors. Also there’s non-fiction too; I’d be fascinated to do something in that realm. All of the above, please, more. I love it.

With five published and bestselling rural romances to my name I decided that 2019 would be the year I would create my first audiobook. I am an avid listener of audio and it has been growing exponentially over the years. Then I found out Myles Pollard, my favourite Ryan brother from Australia’s most popular TV drama, McLeod’s Daughters would be attending a charity event in my rural town – for my kid’s primary school.

Sound’s like the start of a good novel doesn’t it?

After building up the nerve to talk to him, I blurted out something along the lines of “Will you narrate my book?”

He was very friendly and asked for my card and within a week he was signed up to do it. Two months later we have a finished audiobook version of The Brothers of Brigadier Station, we are planning a short book tour together where we will meet readers and fans and teach some workshops on making audiobooks. And Myles is all booked in to start recording #2 and #3 in the series this September.

When I asked Myles what he like about my story he said: “There is a lot of heart in the story and in its characters. The genre is unashamedly romantic and sentimental but Sarah has given her world, its people and their motivations surprising depth and integrity. I love that the characters dilemmas and solutions they invent to overcome them are complex and nuanced.”

And why does he think readers will love it? “Sarah’s story is heart warming and uplifting. The world she has created is beautiful, even when the characters are sad and dejected. The book will make you want to move to the country to live a simpler, honest, happier life. There is empathy and pathos in the writing that is always balanced with good humour. It’s also very sexy, a little steamy but always grounded in truth and plenty of class.”

You can now get The Brothers of Brigadier Station in print, ebook and audiobook at all online retailers or direct from Sarah’s website

Thank you Sarah and Myles for popping in and having a chat with the BaybZ!

One thought on “Getting Her Story Heard.”