Renée Dahlia is an unabashed romance reader who loves feisty women and strong, clever men. Her books reflect this, with a side-note of dark humour. Renée has a science degree in physics. When not distracted by the characters fighting for attention in her brain, she works in the horse racing industry doing data analysis. She writes for two racing publications, churning out feature articles, interviews and advertorials. When she isn’t reading or writing, Renée wrangles a husband, four children, and volunteers on the local cricket club committee.

The Heart of a Bluestocking
When an uncommon lawyer meets an unusual doctor, their story must be extraordinary…

September 1888: Dr Claire Carlingford owns the bluestocking label. Her tycoon father encouraged her to study, and with the support of her two best friends, she took it further than anyone could imagine, graduating as a doctor and running her own medical practice. But it’s not enough for her father. He wants her to take over the business, so he can retire. Then his sudden arrest throws the family into chaos and his business into peril.

Mr James Ravi Howick, second son of Lord Dalhinge, wants to use his position as a lawyer to improve conditions for his mother’s family in India. When an opportunity arises to work for Carlingford Enterprises, one of the richest companies in the world, Ravi leaps at the chance to open his own legal practise. But his employment becomes personal as he spends more time with Claire and she learns the secret that could destroy his family.

Both Ravi and Claire are used to being outsiders and alone. But as they work together to save their respective families from disaster, it becomes clear that these two misfits might just fit together perfectly.

Q. Tell us about your book

The Heart of a Bluestocking is third book in a series of Victorian-era historical romances. Each book in this series works as a stand-alone book. Three remarkable young women, Josephine, Marie and Claire, graduate from Amsterdam University’s Medical program in 1887.

Q. Where did the idea for your book come from?

The series idea came from my great-grandmother, Josephine d’Ancona, who was one of the first women to graduate as a doctor in Holland. I created a fictional character based on her for To Charm a Bluestocking, and gave her two friends, because tough situations are always better with friends. In The Heart of a Bluestocking, Claire has graduated and is working as a doctor in London. She teams up with a lawyer to solve a mystery for her family. The mystery is based on a real horse racing mystery, known as the Trodmore Hunt Scam, which was a fake race meeting designed to scam the bookmakers by placing bets on races that didn’t happen and winning those bets. 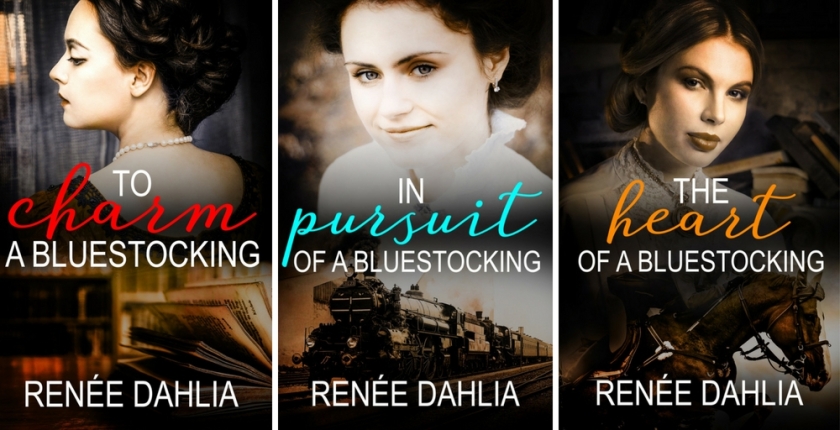 Q. Why do you write romance?

Because I read romance. This year, I’ve read over 70 books already, and I love to get lost in the happy ever after.

Q. Is there anything which sets it apart from any other book in the genre?

Historical romances rarely include a cast of diverse characters, and this book has a plethora of them. This was a deliberate choice, to reflect the world I live in (a highly diverse suburb in inner Sydney), and to demonstrate that all these people existed throughout history. Apart from that, The Heart of a Bluestocking is your stock standard historical romance with a mystery thread, and a happy ending.

Q. What, if any, were the challenges you faced writing your book?

I did a lot of research for Ravi, my Anglo-Indian hero, to ensure I gave him a historically accurate and kind story. The two books I found most helpful (among all the reading I did) were An Era of Darkness by Shashi Tharoor, and These Days, by Sunil Gangopadhyay, set in the 1857 Uprising. I also used three sensitivity readers, and this helped improve Ravi and his brother’s characters, as well as including a few Hindi phrases.

Q. Tell us about your process, how do you get into a writing mindset?

It’s quite simple. I sit down and write. I tend to write in layers, starting with a blurb (which is never the final blurb), then a very vague outline based on Gwen Hayes’ book Romancing the Beats. From there I write a sparse draft which is mostly dialogue and add setting and other details in the second draft.

Q. What is the underlying theme of your book, if any?

The Heart of a Bluestocking is about two people who don’t quite fit the standard of their time – Claire is an educated woman in 1888, while Ravi often finds himself torn between the different worlds of his father and mother. Interestingly, in my research, I found that Anglo-Indian people in the Regency and Victorian eras are much more common in real history than we ever see in historical romance, with up to one third of British East India company employees giving all their assets in their Wills to their Indian wife and Anglo-Indian children. A character like Ravi (and his brother) should be seen much more frequently in historical romance, if historical accuracy mattered to writers.

They are typical in that they find love when they weren’t looking for it and having to solve a mystery pushes them together. I’d love to say they are typical because they reflect people who existed, however, in romance terms, they aren’t typical because many historical romances set in the Regency and Victorian era are not historically accurate in the choice of people represented. It’s the 10,000 Dukes problem – there are many papers by romance academics on this issue, and I bow to their greater expertise.

Q. What was your inspiration for your Main Character?

Claire was so much fun to write. She’s the sassiest of the trio – Josephine is driven and introverted, Marie is quiet and obedient, and Claire understands how the world works and how she wants to fix it. Claire is a bit of a mash-up of all the suffragettes I’ve read about, she knows what she wants, and she’ll push for it. Meeting Ravi is a shock to her plans! 😊

Q. What was your favourite part in writing this book?

Bringing Claire to life. She has a minor role in both Josephine and Marie’s books, and initially I worried she wouldn’t live up to the reader’s expectations of her. However, once I got into the book, she flowed and emerged on the page as the character I really wanted her to become.

Q. Besides the gorgeous cover, what about this story will draw your reader into your world?

Romance, by the nature of who writes and who reads it, tends to be a feminist genre, and Claire demonstrates the struggle of women who wanted to be heard in the late Victorian era. She questions why she should get married, she wants to succeed in her chosen profession, and when the opportunity arises to run her father’s company, she understands why society would ruin the company if she tried. She picks her battles, except when it comes to Ravi, and she has to confront her understanding of love.

Q. So where can we find and buy your book!?

You can find me on the below links!

Q. How can readers connect with You?

Thank You for taking the time to chat to us about your writing and your book!

If i could Turn Back Time